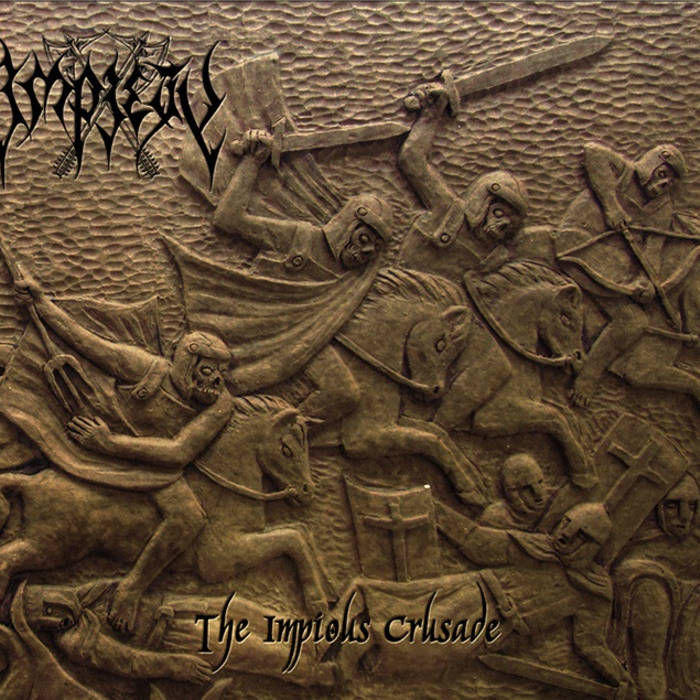 Friend of the Night

IMPIETY, the original Singahell blasphemers, return with their first new recording for HELLS HEADBANGERS, the focused 'n' fierce The Impious Crusade EP! At 22 devastating minutes, IMPIETY's latest mini-album is locked into the maxim of crush/kill/destroy - and CRUSH/KILL/DESTROY they indeed do across the five tracks here! Including a cult cover of Sorcery's "Lucifer's Legions" and uniquely noble artwork sculpted by Lord Sickness, The Impious Crusade is the perfect IMPIETY statement: flawless execution, black/death barbarity and insanity, a veritable thermonuclear warhead aimed at the gates of heaven. And thus begins The Impious Crusade!

Bandcamp Daily  your guide to the world of Bandcamp